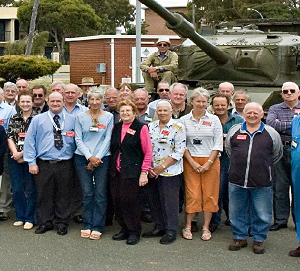 The museum is managed by AAHU with advice from the Museum Advisory Committee (MAC) and supported by the Army Museum of Western Australia Foundation. The Foundation was incorporated under the Corporations Law of Australia to specifically manage the monetary side of museum activity, fund raising, human resources and marketing.

AAHU is responsible for preserving, providing additions and making improvements to the collections and displays and the Foundation for opening and operating the galleries and displays, funding and marketing of events and activities.

GENERAL ORGANISATIONAL STRUCTURE OF THE MUSEUM

The Museum Advisory Committee (MAC) is chaired by the Museum Manager and comprises representatives from the Foundation Board, the Curator and other key staff.

The primary role of the MAC is to operate the museum in accordance with its Strategic Plan and to ensure the safe and efficient operations of the museum are planned and carried out in a professional manner in accord with good practice and OH&S principles.

The Advisory body is responsible for the effective communication and consultation between the Museum Manager and the museum’s stakeholders and ensuring the dissemination of information to all staff including liaison and exchange of information between Museum departments.

The Army Museum of Western Australia Foundation supports the museum by providing staffing, funding and marketing for museum activities in accordance with its Constitution and the Museum Operating Agreement with the Commonwealth of Australia.

The Foundation is incorporated under the Corporations Law of Australia and is a public company limited by guarantee managed by an independent board of seven directors elected by its members. Each year, one third of the directors retire and are available for re-election.

Further information on the museum structure is provided on the Museum Organisation Chart.

The Army Museum of Western Australia has the following facilities available for use by historical associations, ex-service associations and other groups to hold meetings, seminars and small functions. These will be available during normal opening days and hours:

There will be a fee of $50 for use. Please contact the museum to arrange a booking.

The Army Museum of Western Australia was established in 1977 and was originally located in the nineteenth Century building “Dilhorn” situated in Bulwer Street, Perth, which had been in use by the Army since 1952. This heritage listed building was subsequently sold privately by Department of Defence in 2001. Inside original Museum entrance at “Dilhorn” 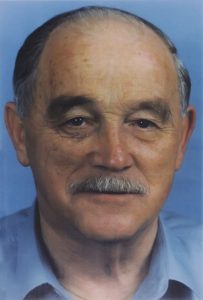 The museum was relocated to the Artillery Barracks site in Burt Street, Fremantle, in 1995. This entire precinct has been heritage listed with several of the buildings having historical significance. The initial aim was to open a new gallery every year leading up to 2001, the year of the centenary of federation and the forming of the Australian Commonwealth Military Forces. Each gallery reflects the Army in Western Australia and Western Australians’ service within the army from the colonial period through to the present day. Official opening of the World War One Trench Gallery at the new museum l ocation in Artillery Barracks
on 2 March 1996 by Major General Michael Jeffery, Governor of WA

In 2000 the Army Museum of WA was faced with the prospect of having to be relocated once again due to plans for the Artillery Barracks site at Burt Street being sold off by the Federal Government. A successful “Save the Barracks” campaign was initiated to gain support for the retention of the barracks site as a heritage precinct remaining in Public ownership and for the museum to remain at this site. After lengthy negotiations the Commonwealth Government agreed that the Museum could remain at the Barracks under special licensing arrangements. Lt. Col. John Deykin, AMWAF Board Chairman, addressing supporters during
the “Save the Barracks” campaign in 2000.

Up until the end of 2008 the Army Museum shared the occupation of Artillery Barracks with the Western Australian University Regiment (WAUR) which was an Army Reserve Officer training unit. During this period a comprehensive site interpretation plan was developed for the expansion of the museum following vacation by WAUR. Following the departure of the WAUR, an extensive program of work (including the Gallery Redevelopment Project) was undertaken over 2009-2016 for locating museum facilities and galleries in all other buildings previously used by the WAUR in accordance with the site plan. The Gallery Redevelopment project was completed with the support of grant funding from LotteryWest.

To raise the profile of the Army Museum in the wider community several public events have been held both on site in the grounds of the Artillery Barracks and at the Perth Concert Hall.

The museum currently has six established galleries and a static display of vehicles and other military hardware located on the parade ground and in adjacent buildings. In addition to the public displays of army memorabilia and artefacts a wide range of photographs, letters, general correspondence and other items of significance to Western Australian army history are also held by the museum.

The Army Museum of WA has come an enormously long way since it began in 1977 and has faced and successfully overcome many challenges. This is all due to the outstanding work, devotion and commitment of hundreds of volunteers and many Army staff over the years. Without this team there would not be an Army Museum of Western Australia. Final stage of completing the new Post-1945 Gallery at the museum in 2010,
prior to displays being installed.

The Army Museum of Western Australia is privileged to currently have a team of more than 100 active volunteers that manage and conserve our collection as well as deliver the essential services ensuring our visitors enjoy a memorable experience during their visit to our heritage listed home at Artillery Barracks, Fremantle.

All volunteers are members of the Army Museum of Western Australia Foundation, a company of limited liability formed specifically to support the museum through supplying volunteers to run the museum on behalf of the Army and to provide funding.

The museum has several volunteer opportunities. You do not require to have been in any military service to qualify and employment is offered to those aged 18 or over regardless of gender.  However you must be an Australian Citizen.

The museum is now seeking additional volunteers who will be given training in the various functions that are required. The museum has vacancies in the following areas:

For further information call us on 9430 2535. If unattended, please leave a message with your name and contact details. Alternatively email us or click here to submit a Volunteer Enquiry. Once your completed form has been received there will be follow up contact with you. Volunteer doing digital scanning and editing of documents and photos WHAT OUR CLIENTS ARE SAYING

I visited from the UK in December 17 and had a wonderful time. A special thank you to the guides who were marvellous.

It's our first time coming to visit the army museum it very awesome and interesting. The staff are extremely kind and wonderful nice thank you for showing us around. I recommend to everyone to come here and find out and enjoy the history. You never know what you find. And it's worth it. $20 for a group of family it's awesome.

Absolutely fascinating! I took my grandfather here not too long ago and had a great time, the guide was very helpful and informative. My favorite display would have to be the first world war exhibit, some of my ancestors medals are on display there as well as a kit bag in the "dugout" with my surname written on it, If only it could tell it's stories..