3970 Pte (later Sgt) Martin O’Meara’s VC medal, proudly cared for by the Army Museum of Western Australia is to be loaned to the National Museum of Ireland to be displayed at Dublin’s Collins Barracks Military Museum’s exhibition – “Cost of War – Costas Cogaidh”.

Martin O’Meara was born in Lorrha, County Tipperary, in 1885. He emigrated to Australia in 1912, working his way by ship and initially settling in South Australia. At the time of his enlistment in Australian Imperial Forces (AIF) in late 1915 he was a sleeper cutter living near Collie in WA’s south west.

Martin O’Meara is the only Irish-born recipient of the Victoria Cross who served in the AIF during the First World War, and at the time of his award he was the first West Australian to receive the VC on the Western Front, preceded only by fellow West Australian, Hugo Throssell’s award won at Hill 60, Gallipoli in late August 1915.

Martin O’Meara was awarded a Victoria Cross for his heroic exploits as a member of B Company, 16th Battalion AIF in August 1916 during the worst days of the Battle of the Somme, at Pozieres and Mouquet farm.

Usually a Victoria Cross is awarded for one significant act of gallantry, but for this nomination his comrades and officers; including the legendary character of the 16th Battalion, Major Percy Black, testified time and again to O’Meara’s extraordinary bravery over a four day period between 9th and 12th August 1916. One officer saying – “The most fearless and gallant soldier that I have ever seen” another soldier testified on his behalf – “This man has been responsible for the evacuation of at least 20 men under conditions that are indescribable”.

His citation from the supplement to the London Gazette of September 9, 1916 reads:

“No 3970 Pte. Martin O’Meara, Aus Infy. For most conspicuous bravery. During four days of very heavy fighting he repeatedly went out and brought in wounded officers and men from “No Man’s Land” under intense artillery and machine gun fire.

He also volunteered and carried up ammunition and bombs through a heavy barrage to a portion of the trenches, which was being heavily shelled at the time.

He showed throughout an utter contempt of danger, and undoubtedly saved many lives”

Pte Martin O’Meara received his VC from King George V, in London in October 1916. Wounded three times between 1916 and 1917, in 1918 he returned to Australia to participate in reviving the flagging recruitment campaign. Arriving home to Perth in November 1918, Martin O’Meara was hailed as a hero but the war was in effect over.

Soon after returning to Western Australia he suffered a severe nervous breakdown and was quickly diagnosed with “delusional insanity”. O’Meara, doctors concluded, had “hallucinations of hearing and sight, is extremely homicidal and suicidal, and requires to be kept in restraint”.

Sadly Martin O’Meara spent the rest of his life in mental institutions. For long periods during his incarceration he was in a straitjacket for 16 hours a day. He died at Claremont Hospital for the Insane on 20 December 1935, aged 50.

The loan of a VC (classified as a National Treasure) by the Australian government is so rare that it needed changes to legislation to allow the medal to temporarily leave the country for exhibition at Collins Barracks, Dublin The National Museum of Ireland director, Lynn Scarff, said she was “delighted” that the Victoria Cross on loan from the Australian Army Museum of Western Australia would go on exhibition in Collins Barracks later this year. “We are especially honoured given that it is the first loan permitted under new Australian regulations. This loan will provide us with a new opportunity to strengthen the ongoing work and connection between our two countries’ histories and heritage.”

The medal will travel from Artillery Barracks in Fremantle to Collins Barracks in Dublin to be part of the “Cost of War – Costas Cogaidh” exhibition. On display, the Victoria Cross will be reunited with O’Meara’s World War One Victory medal which is cared for by a family member. The whereabouts of O’Meara’s missing British War Medal are not known; it is hoped that the exhibition and publicity surrounding the exhibition may lead to its rediscovery.

The Army Museum of Western Australia will be supporting this unique loan with sets of replica medals for the National Museum of Ireland and the O’Meara family encased in specially engraved jarrah display boxes donated by Medal Boxes Australia, together with cased copies of Michael Madden’s publication The Victoria Cross; Australia Remembers which features Martin O’Meara’s VC on the cover as well as signed copies of Martin O’Meara’s biography by Perth author Ian Loftus. 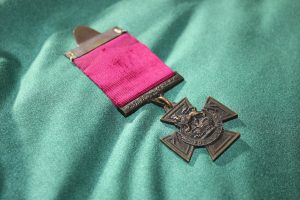 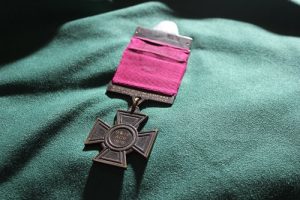 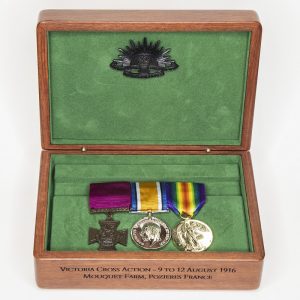 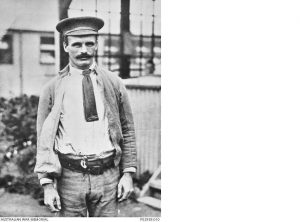